Be proud - achieve together 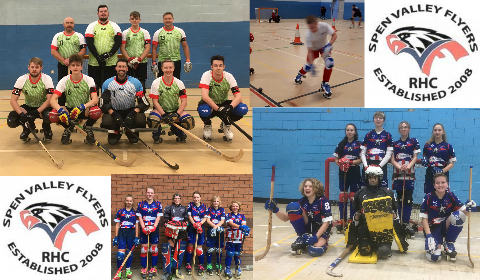 What is Roller Hockey?

Roller hockey is a fast exciting sport played on skates. There are two different types of roller hockey - RINK HOCKEY and inline hockey. They have similar tactics and principles - two teams compete to score goals by hitting a ball or puck into the opposing teams goal - but there are differences in the rink layouts and the equiptment the players wear. Rink hockey is a popular professional sport played in southern Europe (although it was invented here in England) while inline hockey is more common in North America.
The Spen Valley Flyers are a RINK HOCKEY club who compete in the Northern Counties league at under 11's, under 13's, under 15's, under 17's and at senior level. We also compete in the National Division One Senior League.
RINK HOCKEY is played with two teams of 5 players (one goalkeeper and four outfield players) A team can have a maximum of ten players, including a back-up goalkeeper, which means that substitutions are frequent. Top flight Senior games are played in two halves of 25 minutes each, with a ten-minute half-time.
RINK HOCKEY is a very fast sport and players need to be fit, agile and aggressive to compete. Players need to balance and perform complex manoeuvres on their skates, with sudden stops, starts and turns throughout the game.
Goalkeepers are fully padded from head to toe, as the game is played with a hard compact rubber ball that can reach speeds of up to 120 mph. Outfield players wear protection to their legs, knees, hands and robust quad skates. All players use a double sided hockey stick play to dribble, pass and shoot the ball. 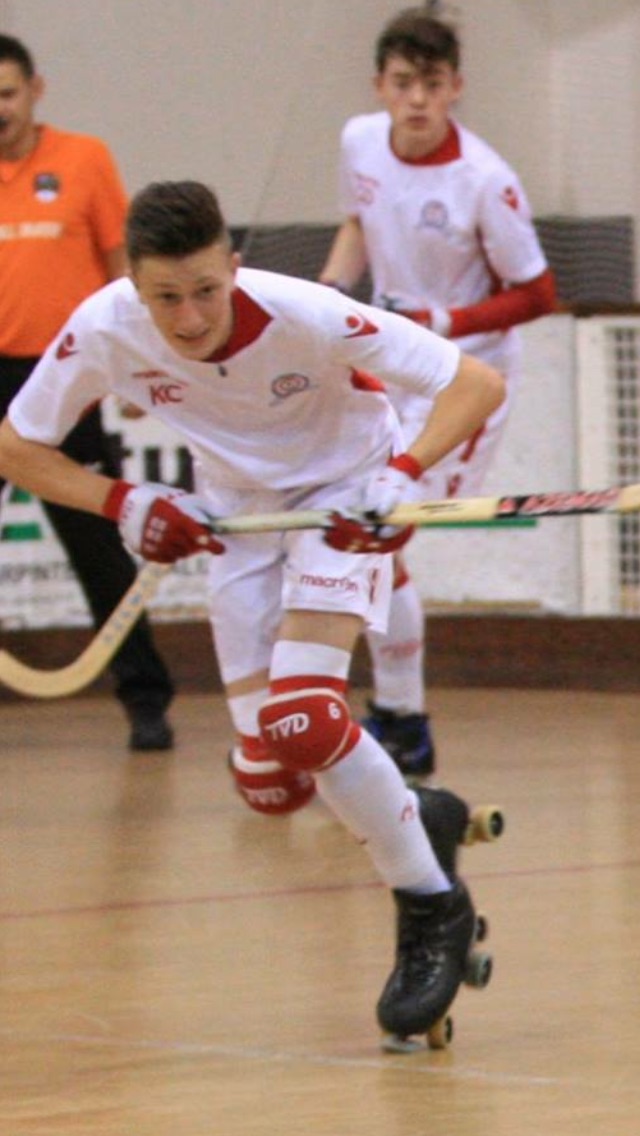 For move information, please use the below links:

Rules of the game